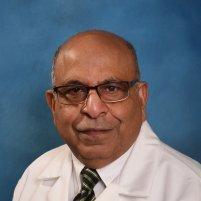 Suffering from colorectal disease poses challenges that can disrupt your lifestyle at home and at work. Finding a doctor who is able to perform minimally invasive surgery using the da Vinci® robotic surgery system, can ensure that you’re able to have the procedures you need to stay well with less downtime and a smoother recovery. To learn more about da Vinci robotic surgery for colorectal cancer and other diseases of the colon, contact Dr. Farouk Tootla in Waterford, Michigan to schedule a consultation today.

What is laparoscopic surgery?

Laparoscopic surgery also referred to as minimally invasive surgery describes the performance of surgical procedures with the assistance of a video camera and several thin instruments. During the surgical procedure, small incisions of up to half an inch are made and plastic tubes called ports are placed through these incisions. The camera and the instruments are then introduced through the ports, which allow access to the inside of the patient.

The camera transmits an image of the organs inside the abdomen onto a television monitor. The surgeon is not able to see directly into the patient without the traditional large incision. The surgeon completes the entire surgery based on the image displayed, making the video camera the surgeon's eyes throughout the procedure.

What is da Vinci?

Da Vinci is a computer-assisted robotic system that expands a surgeon's capability to operate within the abdomen in a less invasive way during laparoscopic surgery. The da Vinci system allows greater precision and better visualization compared to standard laparoscopic surgery.

The operations with the da Vinci System are performed with no direct mechanical connection between the surgeon and the patient. The surgeon is remote from the patient, working a few feet from the operating table while seated at a computer console with a three-dimensional view of the operating field.

The physician operates two masters (similar to joysticks) that control the two mechanical arms on the robot. Each mechanical arm is equipped with highly specialized instruments that mimic the human hand with even greater precision than a surgeon can achieve. Three small incisions (approximately one-half inch) are made in the abdomen, through which a video camera and the robotic arms with the highly specialized instruments are introduced. The high-resolution video camera improves precision and diagnostic accuracy.

What are the benefits of laparoscopic surgery?

What should I expect during my surgery?

You will be sleeping during your laparoscopic surgery, which means you won’t experience any pain or discomfort or remember the procedure once it’s finished. Afterward, you’ll have some soreness as your incisions heal, and you’ll feel groggy for as long as two days after the procedure.